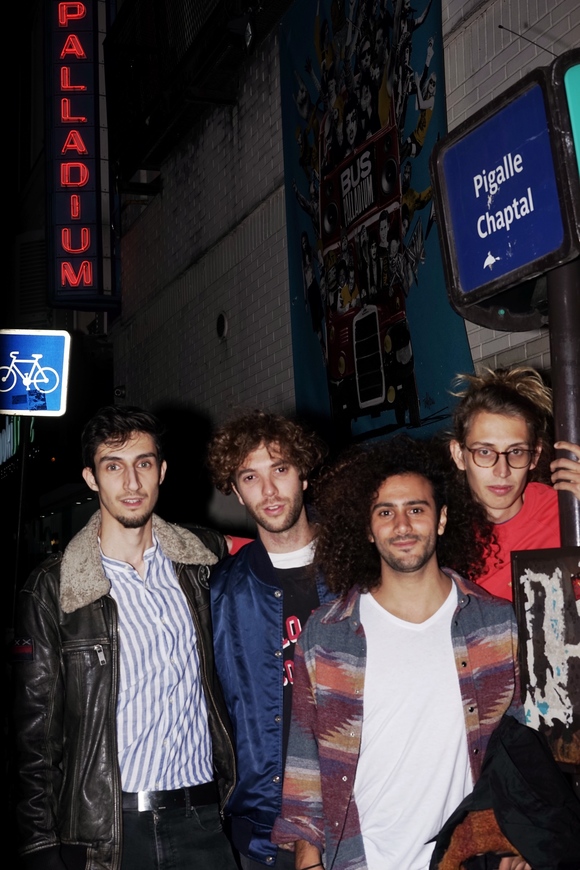 Where the classic ideas of the indie rock revival reach their commercial limits, SIAMESE ELEPHANTS start cooking up their own brew.

Seasoned with
reminiscences of garage rock, funk, disco and the best moments of British band
greats of the 2000s, the four Viennese musicians make guitar music without the frills
– but with a ton of authenticity and an appetite for the unconventional.
This thinking and doing has meanwhile brought the four guys not only domestic
successes, but also international radio chart placements and concerts from Paris to
the renowned Reeperbahnfestival in Hamburg.
The over a million times streamed single "Dancing in the City" from their EP "About
Astronauts"(2019) made ears prick up as the band shared their debut album with the
world. “What Happened At The Social Club?”(2021) is a not entirely unironic
examination of the status quo, in which a generation is stuck between Instagram and
optimisation mania. Here Siamese Elephants make their own sound consistent and
adventurous in equal doses, playfully marrying the past with a sceptical eye to the
future.