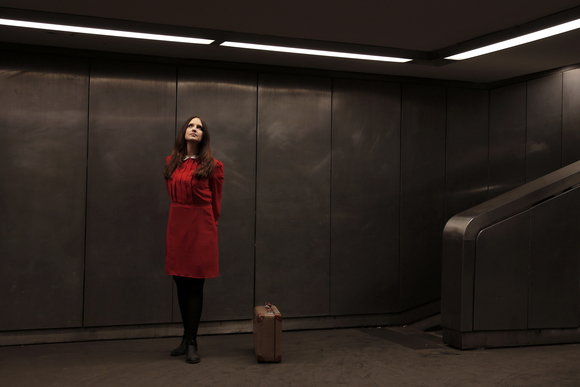 PORT NOO Legend has it that Seeger wanted to cut the power cable that might have been the umbilical cord of Rock music with an axe.

It supplied Bob Dylan's electric guitar that he used to destroy the expectations of the folk scene gathered in front of him and at the same time maybe to invent Rock and to reinvent himself.
The year was 1967. The place was the Newport Folk Festival. A new beginning, a departure to new shores, a new port, Newport. Port Noo means new port in Irish and is the new beginning of Singer Songwriter and multi instrumentalist Hannah Permanetter (former Dear Henry Bliss).
Port Noo is also the name of a real place on the coast in north-west Ireland. Hannah had her frist birthday in this small fshing village and all subsequent ones. It's her second home. Moreover, it’s a place of yearning, that evoked in her from very early on the longing to fuse, to be part of the landscape, to breathe the language, to adapt to the slow life - long before Hannah found music to express those feelings. Thus started her love of the English language and the Irish melancholia that the landscape of this small island has instilled into all her many great poets, artists and musicians. It's right there in Port Noo’s songs.
Port Noo songs are about misfortune but have a glimmer of hope, they scrape confdence from the darkest corners of existence. With a voice that is both powerful and full of sadness.
After having spent six month in New York City Hannah moved to Berlin and met her good friend and colleague, Northern Irish producer Paul Pilot (Sea&Air, Duke Special, All The Luck In The World). He worked with her on the new songs and helped her translate the desire for which her new name stands into music.
And all of a sudden Port Noo fnds herself collaborating with new musicians such as American drummer Tom Osander (Damien Rice, Lisa Hannigan), Irish composer and multi instrumentalist Brian Crosby (BellX1, The Cake Sale), English arranger, saxophone, clarinet and fute player Ben Castle (Duke Special, Jamie Cullum, Radiohead) and German singer songwriter Francesco Wilking (Die Höchste Eisenbahn).
They all contributed to her debut album produced by Paul Pilot.
Live Port Noo is supported by Jonas Holle (Piu Shok, Keah) on Guitar, Maxi Menot on Clarinet and Charlie Layton (The Wedding Present, Cinerama) on drums. The frst live dates are arranged for late summer and autumn.
For Port Noo it isn't about origin or native language. It's just about telling stories about despair and redemption in her unique way. About the fght with herself and for herself. About being lost in the metropolis and the longing for the Irish coast. In Port Noo's own language. Maybe Bob Dylan felt quite the same way in 1967 - in a new Port for music.