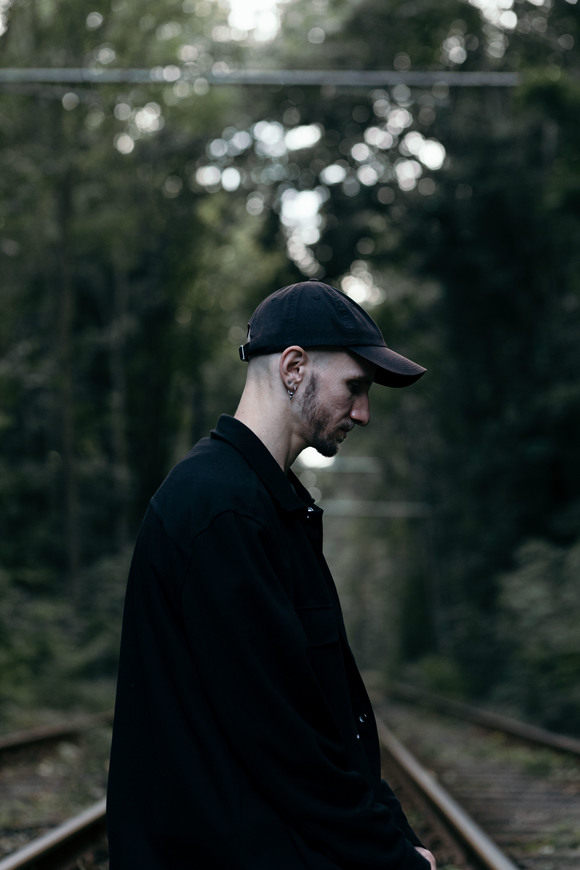 "It doesn't become generic for a second, and it's to say the least, very original." - Gaffa (SE).

"Like a beautiful divine shimmer spreading across the room." - Drefvet (SE).

Gus Ring grew up in Sweden playing trumpet in orchestras to later end up screaming in metal- and hardcore bands. From these experiences, and with a fascination for nostalgia and shoegaze, Gus created his own unique style of dark, dreamy, melancholic pop. His works have been compared by critics and fans to songwriters like Jeff Buckley and Damien Rice, and bands such as Sigur Rós, Daughter and Wovenhand.

Over the course of two album releases and extensive touring throughout Europe as a solo act Gus Ring’s third album ‘For Us Lonely Souls’ features Jolanda Moletta (She Owl) on keyboards and Fredrik Ottosson on drums. While keeping the eerie melodies and emptiness of 2017 ‘Hypnoseas’ the step out of the previous singer-songwriter outfit has given the trio a newfound space to experiment with soundscapes and creative dynamics ranging from fragile minimalism to cinematic crescendos.

With a wall of heavy mellotron bass, soaring ambient guitar, catchy piano lines and tribal drums complementing Gus Ring’s fragile yet powerful voice the trio is creating a dreamlike space of music that allows the listener to just close their eyes and drift away. During live performances, the audience is invited to progressively go deeper and deeper within, facing their innermost sorrow and letting it go.