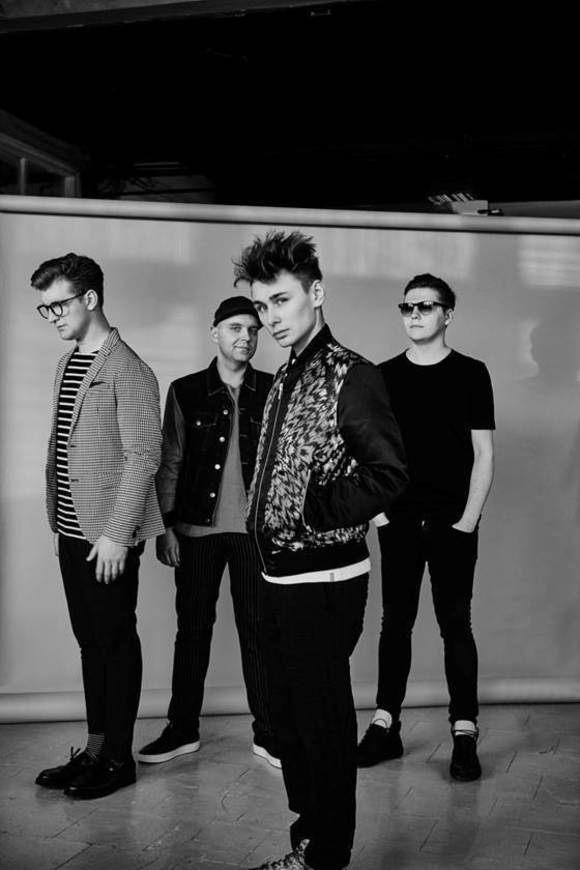 Their beginning dates back to May 2013, since then they have already gained critical acclaim not only from Polish but also foreign media and gathered a sizeable group of fans.
Some outstanding reviews have appeared across English, Italian, Spanish and even American music outlets. When asked about their musical inspirations the band boldly lists top indie representatives: Bombay Bicycle Club, Two Door Cinema Club, Foster the People or Foals. Yet although all of these can be heard in their music, the band managed to invent a unique and original style. This sound, together with a grown-up, professional approach to producing music and Dominic’s captivating voice creates a new quality not only on the Polish music scene - these four lads are more than ready to make a worldwide success.

In 2016 the band gave numerous concerts. They rocked the stage during Enea Spring Break Festival in Poznan, H&M Loves Music in Warsaw and demonstrated full spectrum of their outstanding musical capabilities as the opening act for The Vamps and Nothing But Thieves’. Apart from writing their own music and lyrics, YSC is involved in the production process of their tracks. List of their collaborators includes only the best in the industry: Steve Manovski (Sigala, John Newman), Paul Whalley (Snarky Puppy, Mumford and Sons), Reece Pullinger (David Guetta), Bright Sparks (Tiesto) and Danny Shah (Nicky Romero, The Vamps).