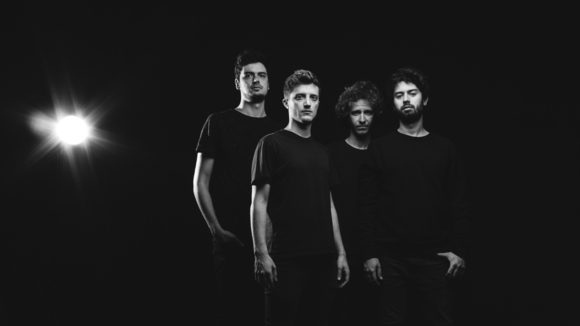 
The band, formed in 2012, published its debut album 'Visions' in 2015; the one-year tour in support of the album visited Italy and Switzerland, both indoor and open-air performances.
The concept of ‘Visions’ concerns the relationship between humans, nature and technology: a cohabitation that generates great innovations but also catastrophes.
Both album and tour was self-produced by the band.

The sound research and the new instrumental set-up have allowed the creation of new songs included in the new album 'Folding Parasite' that, as opposite to 'Visions', does not represent a concept album.
The songs are characterized of a massive use of synthesizers and less guitars than the first album. The bass is frequently alternated with synth bass and the drum machines are mixed with the groove of the acoustic drums.
‘Folding Parasite’ were recorded, produced and mixed by the band.
The second album is available since March, 17th 2017.

In 2019 the band published a new EP called "Echoes". Is the most experimental work of the band and is available from May in every digital store.