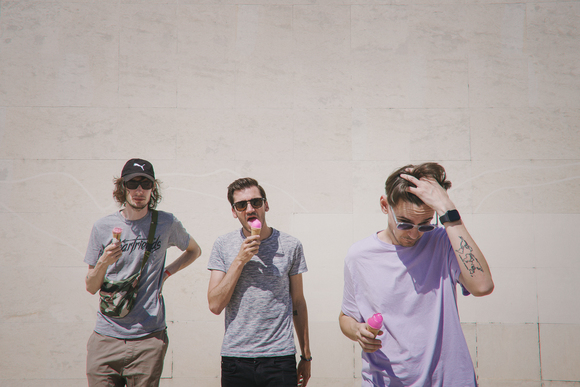 Coming from a rock-ish background, but heavily influenced by contemporary poppy sounds of The Neighbourhood or Billie Eilish, and the electronics of Moderat or early Depeche Mode, they create a semi-electronic-semi-live if-you-want-to-dance-you-can-but-standing-still-is-just-as-fine music with dreamy and melancholic, yet uplifting harmonic soundscapes, intertwined with four-to-the-floor downbeats and the singer's powerful melodies.

Their are known for their musically and visually energetic live performances, which LUVVER continues to showcase at multiple festivals and club shows. In their first year they already dominated several major festivals in their home country and its neighbours, such as Pohoda Festival, GRAPE Festival, Metronome Festival Prague (CZ), Rock for People (CZ), and have supported Bastille on their Slovakian show in Bratislava. Most recently, LUVVER have played the online edition of 2021's Eurosonic Norderslaag.

In 2019’s Radio_Head Awards 2018 organised by Slovakia’s biggest alternative music radio Radio_FM, LUVVER was nominated for Best Newcomer of 2018 and has won an award for music creation from Advance Investments Foundation.

“LUVVER sound like the present-day and more interesting version of Depeche Mode. They deserve to be at least as famous.”
- Pohoda Festival Team

“LUVVER got my attention with their infectious amalgam of propulsive beats, melancholic-but-hopeful melodies and an arresting live show.
They’ve still got my attention.”
- Andy Inglis of 5000mgmt