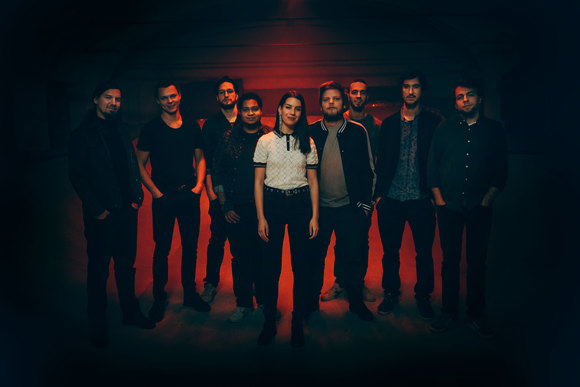 Wckd Nation is a community of musicians from Ljubljana, Slovenia.

Founded by multi-instrumentalists, composers, producers, and brothers Peter and Žiga Smrdel in Klagenfurt in 2015, the group was initially created as an artist collective from three different countries: Slovenia, Austria, and Croatia. Since then, the jam sessions have grown to become structured, independent tracks that bond the musical family as a band.

Wckd Nation has since restructured and moved their home base to Ljubljana, where they are further exploring new shapes and sounds of jazz-pop. The band is currently comprised of nine core members, including the Smrdel brothers, Maša But, Filip Vadnu, Anže Vrabec, Nejc Škofic, Grega Skaza, Matic Mikola, and Sandi Štor, all notable musicians of the new Slovenian jazz generation.

In autumn 2018, Wckd Nation released their debut singles Time and Troubles. Both singles were instantly picked up by the biggest Slovenian national radio stations. With airplay on Val202 and Radio SI International, the band has been recognized by both music lovers and professionals. The overwhelmingly successful launch put them on the radar of a wider audience, selling out their first headlining shows in Slovenia.

In March 2019, the band released their third single, New Path, while completing their first international tour in the Baltics, where they established a growing fan base outside of Slovenia. Thanks to the support of the Slovenian Embassy in Warsaw and the Municipality of Postojna, Wckd Nation performed in clubs in Lithuania, Latvia, and Estonia. The highlight of the tour was their performance at Tallinn Music Week, where the band performed on one of the main stages. The tour attracted considerable media attention in the area, with visibility from many notable outlets and radio stations.

Throughout the rest of 2019, the band focused on performances in Slovenia that included Festival Lent, a concert filmed by the Slovenian national TV broadcaster, and radio sessions across the country. After a busy summer, Wckd Nation released their fourth single, The Swan King, at the end of November. The single instantly reached the Top 5 most played songs of December on main Slovenian national radio station Val202 and was named as one of the bands to watch by the biggest Slovenian media news website 24ur.com.

To kick off 2020, the band has just announced their second international tour to Austria and Czech Republic, as well as the release of another single, AIRPLANE BLONDE, in a glimpse of a major year to come.