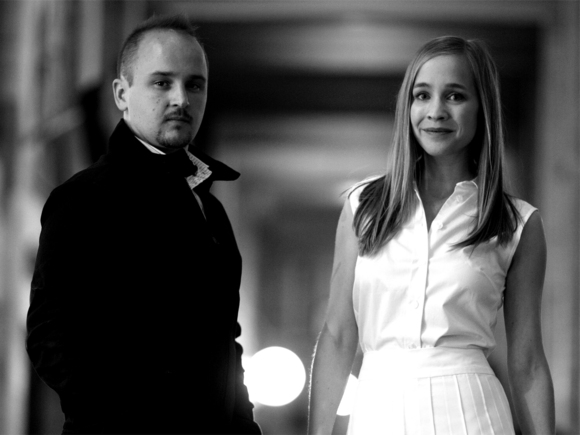 Clarity is a rare asset in jazz.

So rare, that it attracts attention straightaway, when an artist has the courage to have absolute transparency. Veronika Harcsa is a Hungarian singer and songwriter, whose greatest strength lies exactly in this clarity, which enchants and bedazzles instantly. She reaches the listener without any detours, gets by without any mysticisms and her voice knows only the most direct way from the soul into the ear. Her unmistakable combination of timbre, structure and responsiveness consistently result in this rare trait: clarity.

Veronika Harcsa doesn’t like their music to be categorized. The harmonies and improvisations suggest a certain proximity to jazz-ancestry, but she also has a strong correlation to pop, to experimental singers like Meredith Monk or Sidsel Endresen or to modern classical music from Charles Ives to Morton Feldman. All of these influences condense in her songs to a genuine unity, which makes you forget each individual source.

Their album “Lifelover” is full of surprises. In every song, new commitments are made among the sounds, intentions, levels of abstraction and denseness. The listener can let himself go. There are no breathers for him however, because intellectual attention is called upon just as strongly as emotional association. Harcsa and Gyémánt unswervingly play together, so that they constantly further develop and “Lifelover” is only a stopover. But what can be more exciting than to partake in the continuous metamorphosis of two artists betwixt clear planning and bold visions?