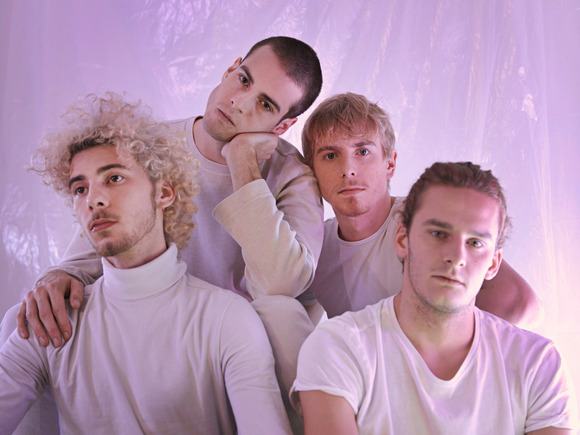 The world is a stage and someone has killed the director.

Everything is chaos. Everything is random. With nobody left to give directions, it is up to the actors to find their way out. And what else is there to do - than to act?

TUYS are set to present their new endeavour entitled “A Curtain Call For Dreamers”: a series of eclectic tracks coming with interlinked videos. In “Papaya”, the first of five episodes to be released on March 20th, Yann Larry takes the spectator to a ride through a fruity satire of macho flirts.
Two spectacles await you: let the sweet juices of "Papaya" seduce you at the avant-premiere at Ciné Utopia on March 13th as a part of Rocklab’s Video Clip Night at LuxFilmFest and join us for the series’ launch party on April 30th at Rotondes.

The boys behind TUYS formed the band at the age of ten and quickly turned it into their dominant daydream. They are an odd boy band singing in three voices while loving driving synths and energetic psych-rock. Their songs are pervaded by distorted bass lines, entangling hooks and eccentric dynamics that make you want to see them live.
They have toured Europe, playing festivals including MS Dockville, Reeperbahn and The Great Escape, and have supported The 1975, Everything Everything, The Kooks, Mando Diao or Thirty Seconds To Mars, but remain hungry for more.

The upcoming songs applaud those who dare to dream. Those who taste all the forbidden fruits, recklessly indulge in love, risk suffering in pursuit of ecstasy - those who live, and thus create art.
They are a curtain call for all those adventurers.
A curtain call for dreamers.