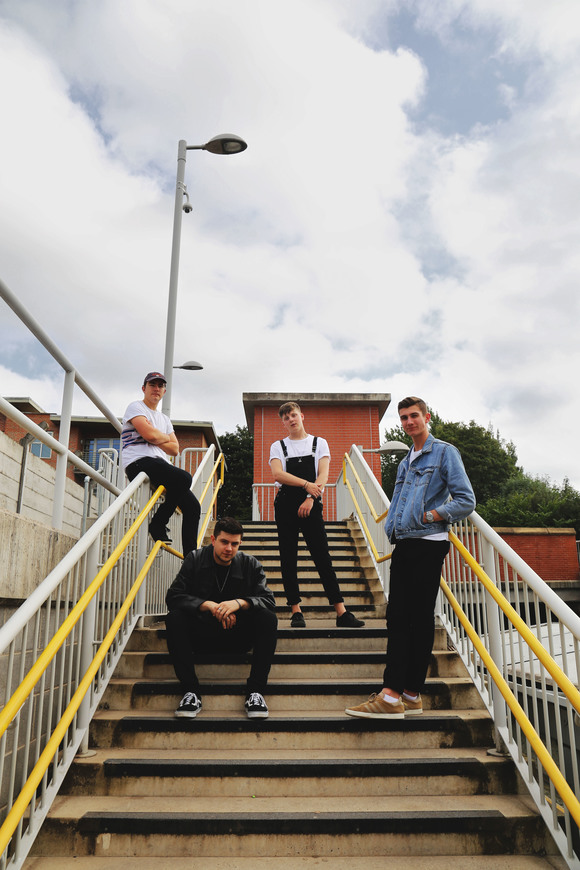 ‘The Covasettes are destined for big things.’ -Indie Central Music The Covasettes are an indie-rock four-piece, from Manchester, made up of frontman Chris Buxton, lead guitarist Matt Hewlett, bassist Jamie McIntyre and drummer Matt Buckley.

They burst onto the scene in late 2017 with the release of their debut single, ‘This Feeling,’ which perfectly encapsulates what this band is about. It combines Buxton’s infectious vocals and lyrics with Hewlett’s world-ending riffs and the driving rhythm of McIntyre and Buckley.

In 2018 the boys have released three more singles, 'Wondering Why', 'Top Drawer' and 'Wild'. These latest releases prove that The Covasettes are ones to watch in the future, and helped them achieve a place on Spotify's 'Indie List' and 'Summer Indie' playlists, gaining over 00,00 streams in just a couple of months. Furthermore, 2018 has seen The Covasettes play sold out shows in their hometown of Manchester as well as Derby, London and Leeds.

The quartet have recently performed at Leeds Direct Arena for the Radio Academy after being crowned 'most exciting band' for 2018. Their most recent performances include a sold out show at Leeds Stylus supporting The Sherlocks on their October tour.

‘Now it’s not often a song leaves me speechless but The Covasettes seem to be proving that there is unquestionably something in the Mancunian water.’ -Reyt Good Music Magazine

‘The Covasettes have undeniably earned themselves a firm place amongst Manchester’s lively music scene. You should certainly keep your eyes and ears on these lads!’ -Indie Central Music