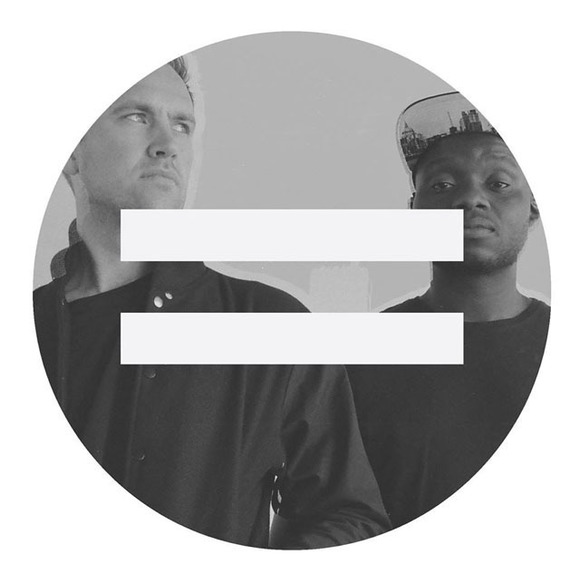 Formed in East London during the summer of 2013, Equals are James Low and Ade Omotayo.

Drawing on influences ranging from UK bass and garage to modern classical, James’ sparse, hypnotic production offers the perfect counterpoint to the raw power and emotion of Ade’s voice. Ade developed his talent as a vocalist relatively late, starting when he was 17 on a whim to impress a girlfriend. He quickly realised singing was what he had to do and set out to forge a career, catching an early break in a covers band with Amy Winehouse. After she was discovered Ade stayed with her, contributing vocals to her albums and singing backing vocals on tour throughout her whole career from pubs in Camden to the main stage at Glastonbury. He’s since gone on to work with a galaxy of other stars including Mark Ronson, Basement Jaxx, Matthew Herbert, Kindness, Kelela, and Quincy Jones.

James took a different route, through a series of hardcore and rock bands arriving at electronic music through Ruckspin, the Leeds based producer for Submotion Orchestra and part of Author on legendary dubstep label Tectonic.

‘Old Habits’ the debut international release for the group - combines their previously released, critically acclaimed 'Single Soul' EP and "Black On Gold" single on Senseless Records in the UK, with two brand new tracks - the soberingly heartfelt title track, "Old Habits," and a transformative re-imagining of the Sade classic, "No Ordinary Love."