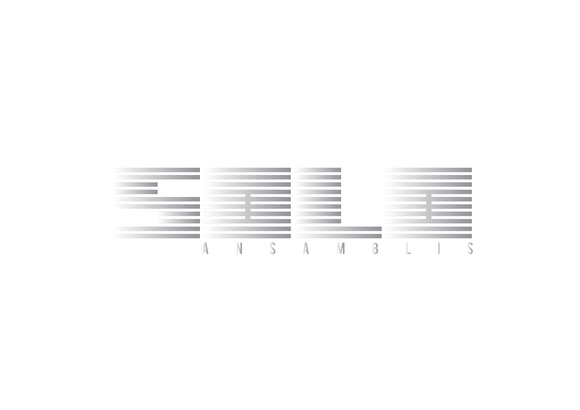 Live audiovisual performances constructs an intimate experience inducing into aesthetically powerful Solo Ansamblis world. Atmosphere is equally created by sound and light, scenography and smoke. All of it is united by meaningful band members’ lyrics as well as music which unleashes body and sensibility, where you can dance as if nobody is watching. It invites for a trip within yourself, your mind and heart. The ever-growing audience named their style as ‘sad dance’.

The debut album “Roboxai” (2016) achieved great success, that was followed by singles „Netildai“, „Eskalatorius į Dangų“, "Limonadas", „1“, "Dansingas" later. All of that led the band to headline the main music festivals and events in Lithuania and opened the international stage, band performed in Reeperbahn, ESNS, Tallinn Music Week, Nouvelle Prague and others.

Solo Ansamblis shared the stage together with MODESELEKTOR, Gus Gus, Röyksopp, She Past Away, Boot&Tax and others.