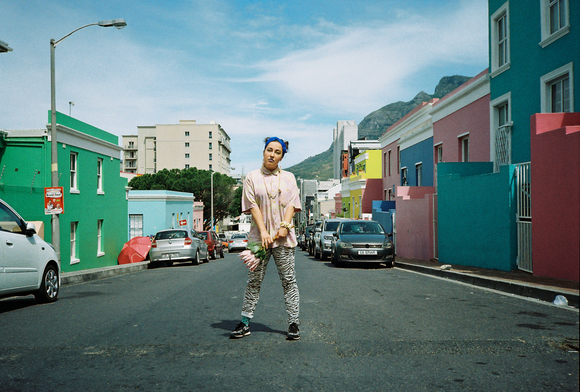 This is where her paradise lies, where she can bloom and blossom. Adorned with playful melodies, the soundtrack fuses HipHop, R&B, NuSoul and Jazz over saturated and ample beats. The downright lyrics offer deep insights into SOIA’s soul.

Together with her producer Mez she revives her musical roots of the nineties. The songs range between sensual soul and expressive contemporary R&B, neatly packed in a shell of electronic synths and keys. Throughout the nine tracks the beats make your head nod while SOIA’s voice makes you close your eyes in delight.

Her pre-productions have been nominated for the Austrian music award Amadeus twice and enjoy a loyal international fan base. She has appeared live at festivals such as SXSW, Sonic Visions, Electric Spring, Waves Vienna or Popfest Vienna, as well as at numerous club gigs from Cape Town to Vienna. Thanks to NASOM programme (The New Austrian Sound of Music) she is currently on tour with her band of four.

"Soia and Mez have had a unique musical vibe from the start, but on this record they truly came into their own. Trusting each other’s talents and instincts enabled them to expand their sonic universe while staying 100% true to their path." TRISHES, RADIO FM4