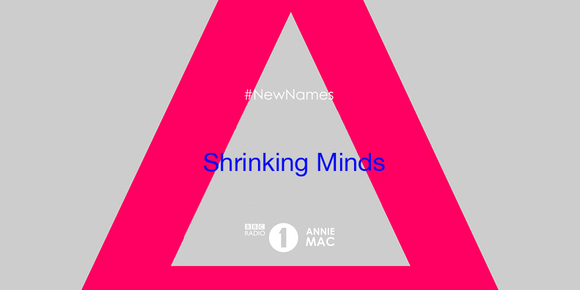 Shrinking Minds are one of Annie Mac's #NewNames to watch in 2016.

This compelling young band have wasted no time in gathering a credible reputation within the local Merseyside scene as one of the most twisted, raucous and exciting new acts. A reputation that has been constructed on energetic live performances and impassioned songwriting has since gathered national acclaim from Annie Mac (BBC Radio 1), Phil Taggart (BBC Radio 1) Charlie Ashcroft (Amazing Radio), It's All Indie and GetIntoThis to name a few.

After over a year spent tirelessly playing shows across the UK including an exclusive house party with Chicago’s Twin Peaks, and support slots alongside Ulrika Spacek, The Parrots & Weirds - Shrinking Minds are finally gathering the recognition they deserve with Annie Mac listing them as one of her #NEWNAMES to watch in 2016.

After delivering one of the best performances at Liverpool Sound City 2016 with their brand of "rib-cage rattling garage rock" (GetIntoThis), they were also picked to play at Manchester's inaugural Off The Record Festival.

With their debut single released by Wintermute Tapes and exclusively pressed to 7" by Flying Vinyl, the future is looking to be even more exciting for the trio as they continue in to 2017.

"Fun does what it says on the tin. The lads say that they had a lot of it while making this track – and boy does that come through. One minute it’s cocky, the next it’s emitting ennui, but mainly it’s right in-yer-face." - Derval McCloat (Fresh on the Net)