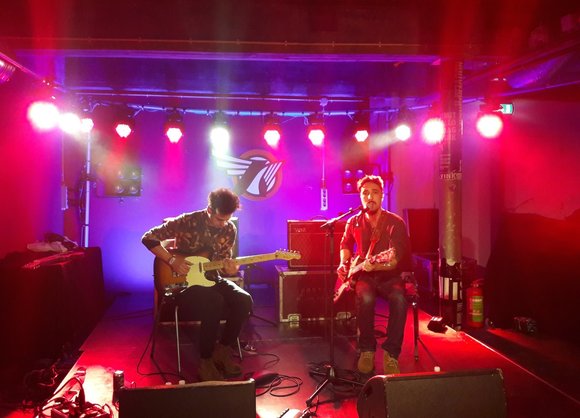 Serushio was formed in 2009 by Sergio Silva after returning from his musical studies at Berklee College of Music (Boston).

It turned into a band when Jose Vieira joined forces in 2011. The varied instrumentation is one of their trademarks with the usage of lap steel guitar, ukuleles and Hammond besides electric and acoustic guitars, bass and drums. The blend of experiences and influences deems a particular style rooted on alternative folk, Americana and rock.
The band is a well-established act in their native country of Portugal, having toured regularly and being featured on national radio. They have also played abroad in Canada(CMW), France, Spain, Holland(ESNS) and Germany(Reeperbahn).
The band has released 5 recorded works: Open Range (2020); Groove Lee (2017); I’m Not Lost… (2015); Life On Extended Play (2013-EP) // Sights & Scenes (2011-EP)
The name Serushio was inspired by the Japanese translation of the Portuguese given name Sérgio.