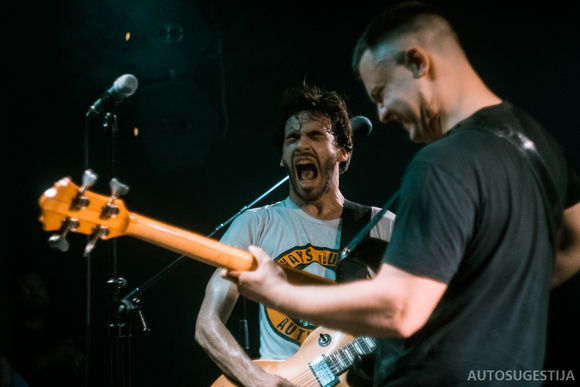 Played mostly in small Belgrade clubs until 2017, then self-released debut EP and promoted it with concerts around the country. In 2019, the band released debut LP called "Iza naših zidova" (Behind our walls) for Croatian record label Geenger records.
"Šajzerbiterlemon are not plain and simple garage punk band. Their music also possesses very crude and abrasive elements of post-punk, noise rock, rock'n'roll and indie music which will shake your feelings upside down and perhaps in any other desired direction... They thought about each part of their debut record and they presented their ideas in a very unique way, so perhaps is not naive to say they're proper leaders of newer Serbian alternative music scene". - Thoughts words action review blog