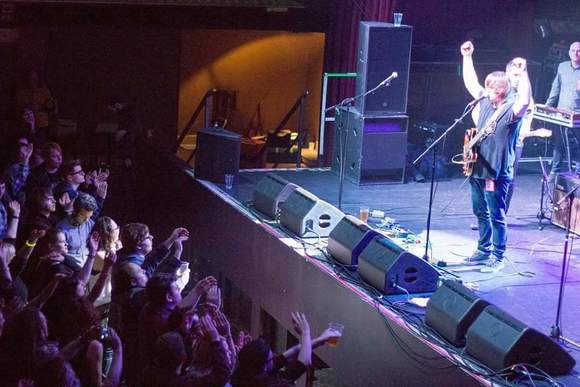 The project began when Green, after playing as a drummer in bands for over ten years, decided to record some songs of his own. Booking into Airtight studio in Chorlton, Manchester he performed the drums, guitars, vocals and backing vocals to produce his first EP ‘Clouded Mind’. The titular lead track generated interest from media outlets across the north west and with the help of ex band mates and a new live drummer, Rum Thief secured some local gigs, festivals, support slots and airplay on local and national radio. ‘Reach For The Weather Man’ Rum Thief’s second EP, whch, characterised by Jot Green’s keen ear for melody and his sharp observational lyrical content received much critical acclaim by the likes of Fred Perry 'sub culture ' and many more. After successfully headlining the Manchester Ritz and recording 3Rd Ep 'Time To Make A Move ' at legendry Hackney Rd Studio in 2017 and recording 4th EP 'RESONATE' With the fantastic production duo 'Sugarhouse Music' Rum Thief is set to start 2020 with a bang, releasing his debut album!