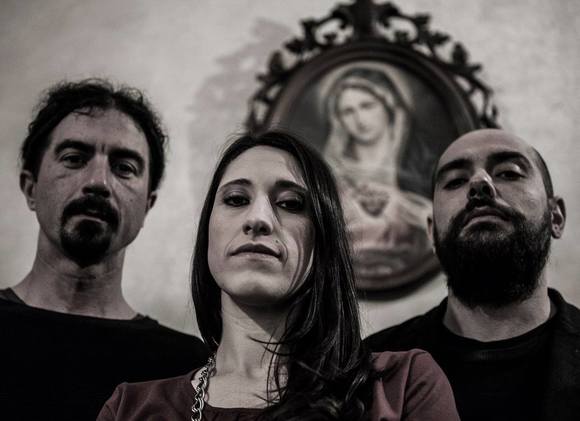 Restless woman from the South, Roberta's background has deep roots in the heart of her Sicily, where she was born in 1985.


As teenager, she took her first steps in music through traditional folk world as singer and dancer, joining a small group of friends, that will become later on, her first band, called “Compagnia Triskele”.
While performing folk music, she loves listening to north-european rock and pop-rock music, but the necessity of learning more and exploring new genres, brings her to apply for an academic course in jazz music and composition in 2005. In this brief but intense period of her life, she learns the importance of harmony and composition, starting to write her own songs.
In 2010 she takes part in her first contest “Premio Bianca D'Aponte” where she gains the prize as best lyrics and ,in the same year, she wins with “Compagnia Triskele” the prize as best song and performance at “Premio Andrea Parodi”, festival for world music bands. Here she starts a good period of activity, enabled by the important meeting with the film-maker Orazio Stuniolo, who will launch her first single "Troppo profondo per le 23" in a brillian music video in 2011, that starts a long collaboration between them, landing on the production of her first album “Destini Coatti”(Compulsory Destinies), where she mixes several music genres, moving through the styles with a keen, sharp and meaningful writing, sometimes impertinent, with taste of “noir irony”, really appreciated from both press and audience; Destini Caotti is finally listed as best first album 2012 for Premio Tenco.

After touring for a few years with her new ensable, it's time to rest and write new stories.
The second album “Piena di(s)grazia” (Full of (dis)grace) comes out in 2016, and it is produced by one of the most important italian songwriters, Cesare Basile. Here she builds up the clear attitude of her music: drama, passion, strenght, as a volcano going to explode, as she is on stage. Whilst her voice is singing in an arcaic way, using often dialect, the sound around rises obsessive and intense, minimalistic and sumptuosus at the same time, bringing the audience in a hypnotic dance of feelings. “Piena disgrazia” is listed as best album 2016 for Premio Tenco.
In 2017 she collaborates as singer and drummer in the new production of Cesare Basile “U fujutu su nesci cchi ffa?”, both in studio and tour.

She actually performs as a trio, playing piano, surrounded by her two “musketeers” Marco Corrao (guitars and bass) and Raffaele Trimarchi (drums and synthesizer).
Moved to England at the end of 2016, she's getting ready to bring her music abroad, staying always deeply connected with her roots.