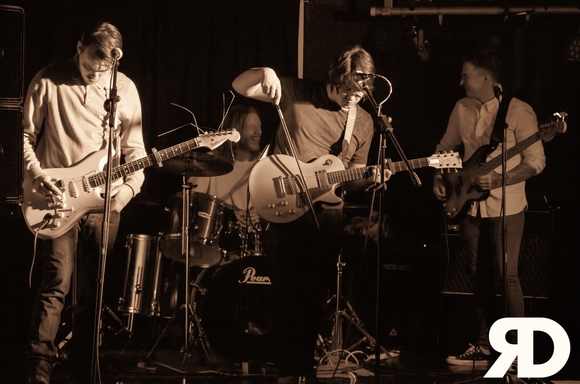 Revolving Doors are a Glasgow band.

They are four friends from Glasgow who over the last 5 years have been busy writing, recording and performing thier own take of Alternative Indie.
In 2014 they released their first 4 singles to fantastic reviews and did their first UK tour. They also release their Debut LP Guiding Light in April 2014 follow'd by a full UK tour. They have had major radio airplay on BBC Introducing and XFM Scotland were their track Slip Away was break out track of the day.
In October 2015 Revoving Doors released a new 5 track EP produced by Robin Evans who has produced the likes of The View and the Manics