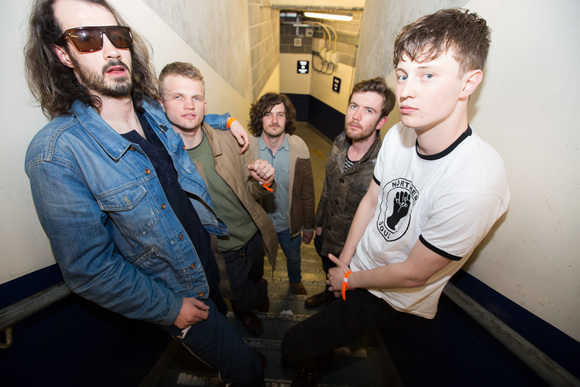 Not only did they win their local heat in The Pogues Irish Whiskey: A Shot At Discovery at O2 ABC Glasgow, they ventured to London to be crowned the ultimate winners, ahead of ten other bands at the sold-out grand finale at O2 Academy Islington in April 2017.

The band hit the studio for the first time with The Libertines’ drummer Gary Powell and The Pogues’ Spider Stacy in July 2017.
Expect to hear the usual RLE electric vigour, with their trademark sonic versatility, sprinkled with some Libertines magic. The tracks that have emerged from the studio session include; ‘Skeleton Party’, ‘Black Water’ and ‘Stone Me’, scheduled for release at the beginning of 2018.

They have been supporting the Twang, Jordan Allen and will support Cabbage in February 2018