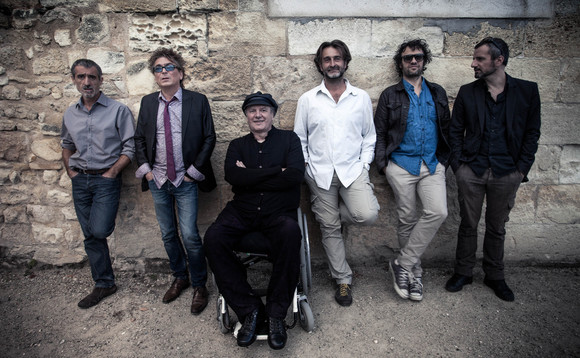 Post Image is still pursuing its evolution distilling, with warm and conviviality, a music classify in an “Electro-Jazz-Fusion” mouvance.

The band's compositions, always full of spontaneity and enthousiasm, contain modern sonorities and atmospheres, inviting the public to a lively, energetic and emotional journey.

For years now, Post Image has been known as a band in a constant evolution, pursuing continuously its musical quest. Their sixth album now breaks new ground...

“Music in and with the spirit, served by well though compositions where the themes have a deep sense and the improvistions a true direction... ”
Jazz Magazine, Jérôme Plasseraud..

“Post Image assert itself as a major formation of the Fusion-World esthetic. The mathurity of the band is undisputable, the feeling and the groove are definitly the key drivers... ”
Jazzman, Benjamin Hallay.

"The talent of the players serve the music, they work as a band, in a very dynamic way."
Le Monde, Sylvain Siclier.

" A soothing and kindly celestial feeling emanates from this music and its very chiselled and fluid arrangements, in a cohesion which the band achieved to build up through its experiments! Such is the esthetics of Post Image, allying lyricism, pulsation and melodic elegance. "
Citizen Jazz, Denis Desassis.