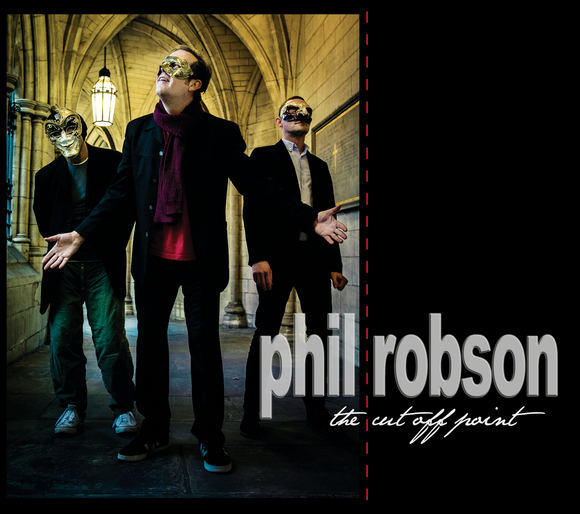 http://philrobson.net “Phil Robson’s inventiveness on the guitar is unstoppable….” The Telegraph.

Winner of 2015 Parliamentary award for 'jazz album of the year' for Partisans - 'Swamp' & winner of 'jazz instrumentalist of the year' in 2009. Guitarist/composer Phil Robson is a seminal figure in contemporary British music & is also internationally acclaimed. As well co leading cult band 'Partisans' http://www.partisans.org.uk with Julian Siegel, he is also the leader of his Organ Trio with Ross Stanley and Gene Calderazzo, The Immeasurable Code Quintet feat. Mark Turner/Julian Arguelles, and regular sideman with multi award winning vocalist/composer Christine Tobin. His other bands have included Six Strings & the Beat, Phil Robson trio (with Billy Hart & James Genus), Phil Robson Quartet featuring David Liebman & Jeff Williams. Phil has worked with many artists as diverse as Kenny Wheeler, Django Bates & Barbra Streisand (Jonathan Ross exclusive 2009, BBC TV.) He has recorded five albums under his own name on Babel and Whirlwind Recordings & released his latest album, 'The Cut Off Point', on May 18, 2015 on Whirlwind. Phil is also renowned as an educator, being elected as an honorary associate of the Royal Academy of Music in 2015 & appearing as a guest tutor at international events such as the European Jazz Academy in 2012. If you are interested in booking any of Phil's solo projects contact http://www.moconnections.uk & for Partisans only, please contact http://righttempoagency.com
“Phil is a wonderful guitarist and composer, definitely a unique player. We had a ball and hopefully I will be able to play with Phil again.” David Liebman