No Party For Cao Dong 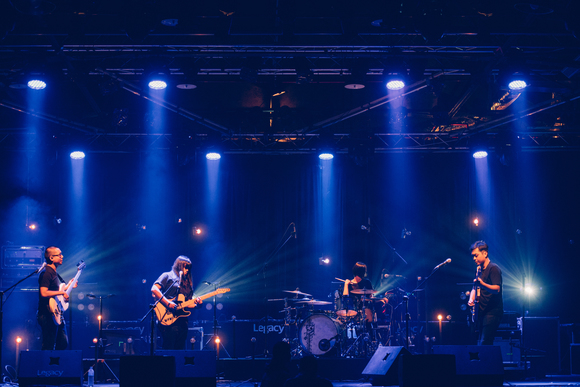 Their music forms a mirror of the punk-grunge spirit they embody. In February 2016, they dropped their debut album—The Servile—a record of grief, love, justice and helplessness that was felt among a generation of Taiwan’s youth, playing over rebellious electric guitars and sardonic disco grunge.

Within a month, 8 shows in 7 cities on the album’s supporting tour were sold out. Their first international tour—Surging, Winter MMXVI Tour—conquered 17 cities across the US, Taiwan and China with 18 sold-out shows. The Servile sold 16,000+ physical albums and was streamed over 7 million times on Spotify by mid-2017.

They opened 2017 as Indie Artist of the Year in the KKBOX Music Awards and 3 more awards followed in the Golden Melody Awards (GMA), including Song of the Year (“Simon Says”), out of 6 nominations. The GMA wins led to their first mention in Billboard as the first band in the history of the award to walk away with both Best New Artist and Best Musical Group in the same year.