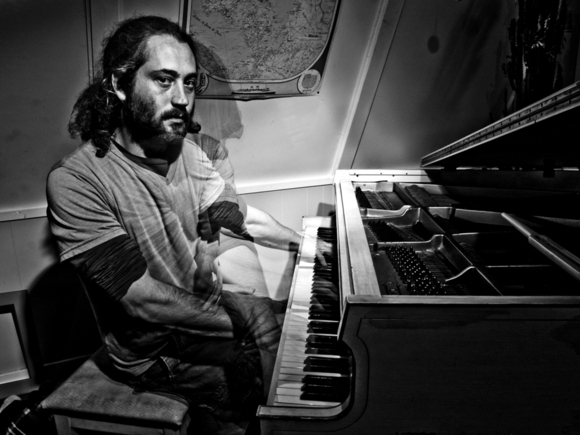 www.nirblu.com NIR BLU is known for his noir compositions and innovative shows, often projecting his own 3D graphic art in strange places or experimenting with electronics while ripping apart the piano with his infectious songs.

The album Egress was recorded
as NIR BLU was packing to move out
west for good in 2010,
while finding his place on the West
Coast of Canada NIR BLU only released
Egress as an online download.