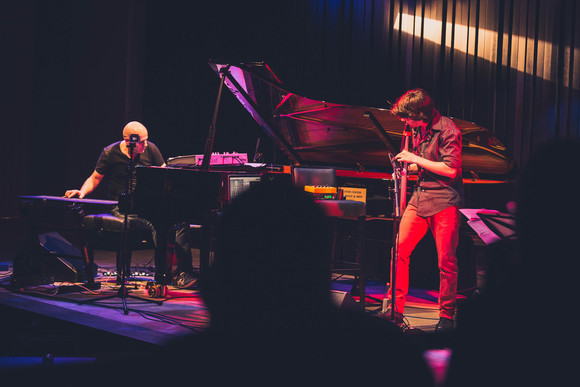 In March 2017, the band will be back in Oslo to work with Jan Erik Kongshaug on their second album, with new material featuring special instruments such as the ROLI Seaboard and percussive & ethnic elements.

With the album raising attention from both promoters and media, Niogi was invited to play for the second time at Ingolstädter Jazztage in Germany (November 2015) and went on a month-long tour in Germany, Austria and Czech Republic in May 2016. In July Niogi was back in Czech Republic to play three concerts at Bohemia Jazzfest 2016.
The band is currently based in Berlin, playing in Europe with tours coming up in November and March-April, including dates at Ingolstädter Jazztage 2016, Vilnius Mama Jazz 2016, Jazz Festival Steyr 2017, and more to come.

"I saw Niogi at the Ingolstadt Jazz Festival and loved their sound, compositions and overall performance. Niogi's show kept evolving and enthralling the full capacity audience with surprising turns of different moods. Observing the faces of the audience who did not want to let them go and asked for more and more was pure pleasure.This is a jazz group that has a bright future. Highly recommended." Catherine Mayer, Just jazz International

"Open-form melodies and a multitude of effects and flavors creating a whole, connecting to the jazz world with piano and saxophone (also with usage of the EWI). Interestingly constructed and often sedate bass lines, yet a lot of energy coming from the drums" ​ Robert Ratajczak / LongPlay

“The appearance of Niogi in Ingolstadt, in fact already the second after a previous performance in 2013, was sort of the release concert for their new album recorded with sound magician Jan Erik Kongshaug, a little produced in the style of early Pat Metheny Group.“..Both band leaders shined with sophisticated, spirited solos...” Michael Scheiner, NMZ