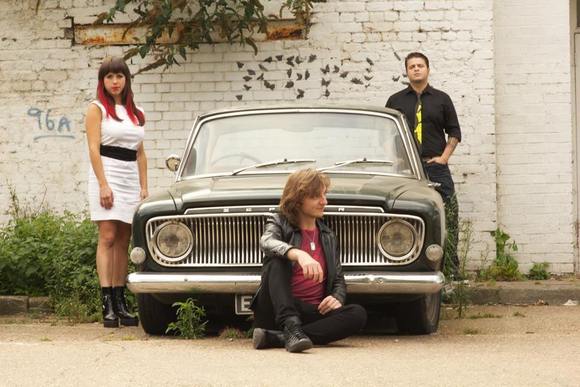 Nambuca" an alternative rock band formed in London; they engage together many influences from rock and pop whilst bringing hard rock extracts.

The individual musical background of singer and guitarist Andrea Marin include supporting shows all around Europe for Stereophonics (with the band “Hero”) and for Leona Lewis in UK (with singer Nikitta Angus) as well as radio and TV appearances (BBC London and Channel 4) before founding this band with Matteo Ricordo (Drums) and Marika Rupil (Bass). They have been together since September 2013, playing regularly in London’s venues and at “SONISPHERE” festival 2014 on the “Rock Royalty” stage. On late 2014 they had an EP launch at Roadhouse in Covent Garden. Performing and writing took place during 2015, so 2016 will see the band releasing new songs and expand their shows circle.