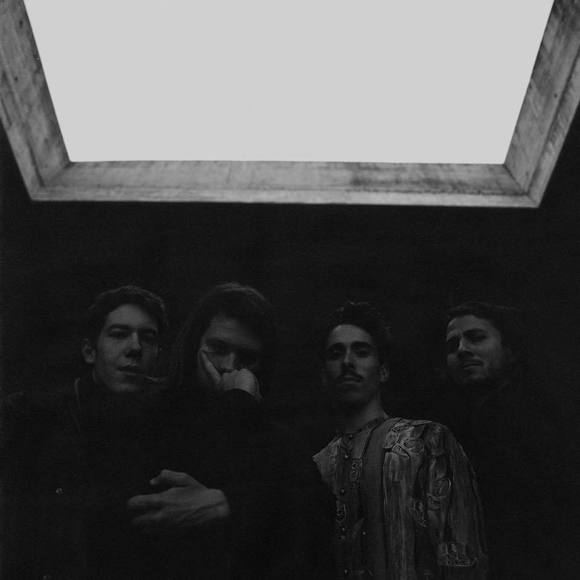 Is a Slovenia-based musical adventure headed through your ears, maybe even into your heart.

Powered by four supersonic horse powers, their musical expression; as described by musical taste buds specialists is similar to a lasagna, as their music progresses in layers, with a firm rhytmic foundation filled with meaty harmonic content layed out, just to be the perfect playground for the vocals spicing just the right amount of hot, sweet and sour poetry, and at last, the drops of sweat at the show make the whole package all salty enough to provoke the wanting of more and like lasagna the more you try it, the more you like it.

Although respectfully they're a Slovenian indie/sandals rock ensemble which evolution started in the year 2013. With a strong adaptability to change and in the search of the right mindset, they've went through some changes and in 2016 an almost Pokemon like transformaton happenned after the team consisting of the bands pioneer Štras (guitar/vocals), Rok (drums) and Tomi (guitars), got joined by Lenart (bass/design). Then it really took off for them on the scene. Their first single Klic was released in late 2016 and it had quicly drawn attention to the group.

Since Klic they released 2 other singles ''Always'' and ''Anakin'' in 2017 and in March 2018 they've put out an EP consisting of five songs, titled A side of the story. In April 2018 they put out another song ''Ti dam'' from the EP as a single. Their music was well received and the band had a supporting tour for their freshly taylored EP and it was all received well, as concerts were full and people were happy. They played lots of gigs in clubs and festivals before and after the release of the EP. One of the highlights was in February 2018 when they performed at Ment festival (Ljubljana) and got invited to Europavox (FR), where they played in the end of June 2018.

They were awarded the Golden Flute award as a newcomer on the music scene in Slovenia for the year 2017 and their song Always was the most played Slovenian song on the national radio Val 202 with the song Klic being third.

»The first band after a long time on the scene, which has its own sound, you imediately know its MRFY«

Their debut album Story will come out on the 21st of September. They'll present it at the birthday party of the Kino Šiška concert hall with a big concert.