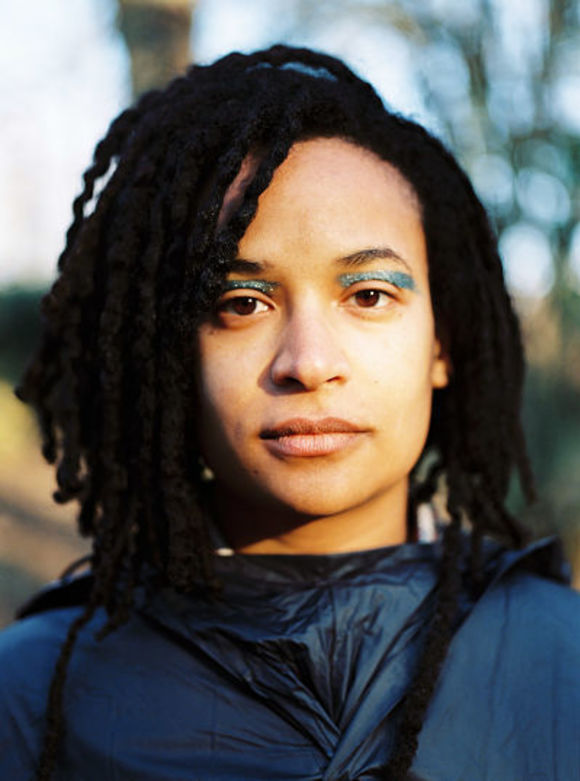 The Threat (official video) by MounQup

Camille Hèdouin is an artisan of sound.

Born in Rouen (France) with Franco-Italian and Ivorian origins but Galician by adoption, she has been participating with her jazz, electronic and folk bands since she was 15 years old. It was in Galicia where he began to play with loops and samplers, creating compositions that function as a collage of textures, shapes and colors and that result in the soundscape of MounQup, Camille's artistic project.
She composes in the absolute solitude of her house in the middle of rural Ourense for almost 10 years where she has been a mother and lives with her family. It is the driving force behind the recovery of the village of Saumede as a point of cultural coexistence where every summer it manages a multidisciplinary festival.
His work is born in the form of sound atmospheres, layers that add multiple elements that lead to his vision of music, a series of living images where through sound he completes sensations and forms. This universe perfectly represents its commitment to its varied cultural influences ranging from African rhythms to Nordic industrial experimentation.
After presenting his first work Proba de Son in 2017, by the hand of the independent label MOLHO, Mounqup gains presence in specialized media and at festivals throughout the national geography thanks to his proposal of suggestive melodies that are born from the land to meet the modernity and the intimate and social themes of his lyrics: a vital essay.
At the end of 2018, Mounqup returns with Castro Verdi, his second work with the MOLHO label from Ourense, in which he explores social contradictions and the ongoing personal struggle to understand oneself and understand his environment. The western political-social situation and the need to redraw the hackneyed concept of borders between people and societies
With this latest work, Mounqup tours multiple multiple cities and festivals in its more than 80 concerts in 2018/19, including Festival Noroeste, Agrocuir, Cans, Reina Loba, Tagomago Fest, Womad, Autoplacer, SuperBock Under Fest, Sound Isidro , or Monkey Week, BIME and some dates in Germany, Portugal, Slovakia, Sweden and France.
She is selected by Sofar Sounds in her list of the best videos of 2019, the year in which she gets several awards such as the Narf for the best Galician musical artist of the year, the Martin Codax for the best electronic artist of the year, the talent contest of the from the UNIA University of Seville 2019, that of Mans 2020 Studies and has recently been selected for 2019/20 as an artist on the international circuit of the European talent program INES Talent and KeyChange.
She has also explored her facet as a video creator, she is the author of some of her video clips such as Blame, The Threat and her version of Totally Wired of The Fall, selected for the Festival of Cans video clip contest. He has also worked with Las Cruzes on one of his clips.
Camille is a fighter, a strong defender that life connected to the world from rural Galicia is a possible way to develop her national and international career, surely it will be more difficult but it will be.

Mounqup is here to stay