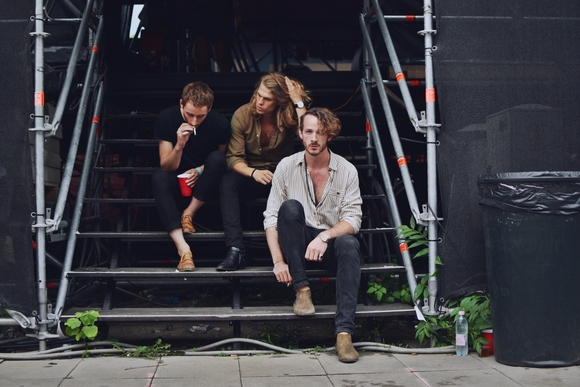 “Because bridges are meant to be crossed, and nothing’s meant to burn”

Mongooz And The Magnet is a trio formed in 2015 (quartet from 2020) and is composed of three gentlemen from Ireland, Norway, and Hungary. The boys met during their medical studies in South Hungary, and pretty soon they found themselves on stages around Hungary, Germany, Romania, Poland, Estonia and Korea. The band draw their roots from music across the world, and with blues as their compass, they've set a path that flows from gritty guitar lead lines to catchy rhythms, and is sure to leave the audience tapping their feet, grinding their bodies, and throwing things out of the window...

People ═ People EP (Release November 15th 2019)
In 2019 The band have emerged from a cocoon of touring & decimating introspection to return with a bang.. still circling around the blues, with groove and guitars evoking the sound of a crunchy Black Keys riffs, but not afraid to stick their fingers into pop, rock, and well…anything they can,if it helps them get the sounds they need to deliver their message. It’s a roots inspired movement where groove and honesty are king.

With a busy summer behind them and their biggest festival season to date including Sziget festival (Europe Stage), Exit festival - Fusion Stage and being invited to play on the border of North and South Korea at the DMZ Peace Train festival (alongside Iceage & Last Train), they have poured all that inspiration into their newest offering, the EP entitled ‘people ═ people’ (pronounced "people bridge people”).

Working with producer Dani Castelar (Paolo Nutini, Snow Patrol) and co-producer Gavin Fitzjohn (Manic Street Preachers) they have combined sounds to bring everything from samples to stomps to bedroom guitar amps, in their search for the next wave of roots music.

The EP packs an energetic punch but is more than skin-deep - textured with the tiny but universal nuances of life we have all felt: words of a father, being a father, about our relationships with those that came before us and those that come after us, those who touched our lives, and those who have become untouchable.