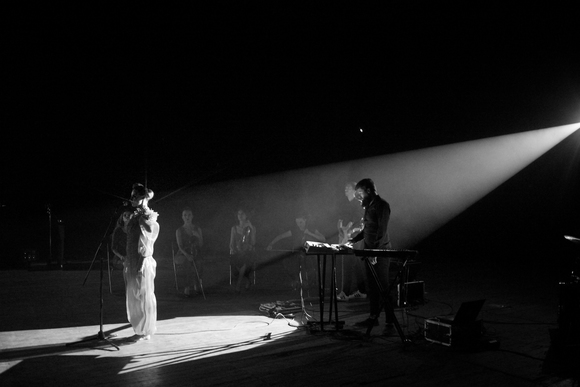 Project has existed for 3 years and has couple of songs on its account which was very well received by the people.

Melika is now preparing to release debut LP, which will be containing material shaped during last couple of months. Oncoming album is a work of musicians from Wroclaw: vocalist Martyna Kukla, drummer Marcin Rak, and keyboardist Paweł Rychert, who is a producer too.

It is a synthpop nostalgically going back to the times of 80’s and 90’s with elements of drum’n’bass and trip hop. Melika skillfully narrates about seemingly complicated stories, created in human mind, balancing on the edge of consciousness and a dream. She’s not afraid of using metaphors, engaging and drawing in a listener to live the experience together with, not so carefree, protagonists of the songs. Protagonist who have more in common with movie characters from 90’s adventure films for children than with characters from serious melodramas.

All these things, makes the music of Melika very various and really difficult to put under a one specific label. Up to this time, the project has EP on its account - TALES PART ONE