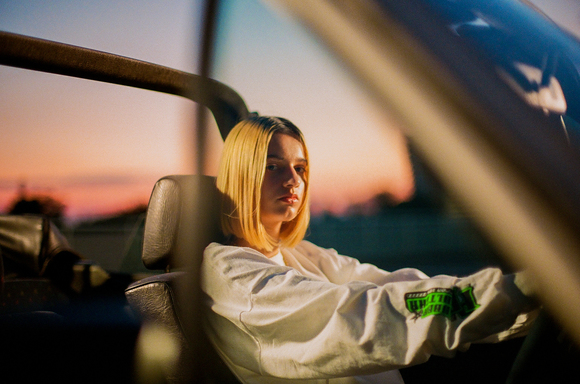 The 22-year old Mavi Phoenix is originally from Linz, Austria and now living in Vienna, could be said to have an unlikely background for international relevance.

Mavi Phoenix began singing, rapping and producing at just 11 years old. In that time, she
has developed her own distinct style of music production. She founded her own label ‘LLT
Records’ where she releases all her work which caught the attention of international
tastemakers such as i-D, Nylon, The Line of Best Fit, The Fader and COLORS who hosted a
performance of 'Yellow' .

This summer has already seen Mavi Phoenix perform at multiple European festivals,
including The Great Escape, Primavera Sound, Roskilde and Melt!. Her first European
headline tour will follow this Autumn.

Mavi revealed her plans to release some new tracks and an EP during the latest live
interview on Highsnobiety . Now she has officially set a name and date for the release:
“Young Prophet II” out October 5. The EP will include this year’s singles and two new tracks.