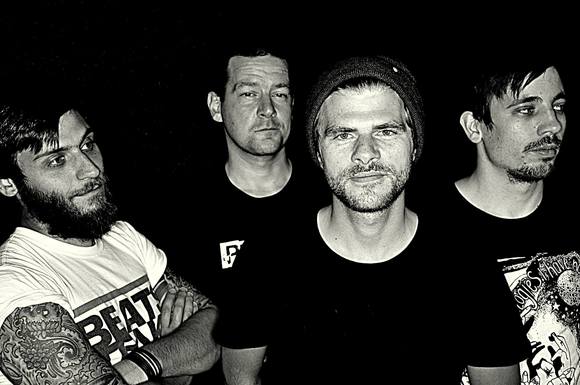 In october 2011 three friends, who have been jamming for ages, decided to start a band. What sounds like your average off-the-shelf band history, has evolved into a completely new concept of a "singer-songwriter-band". The raspy voice and bluesy guitar of Adam Glosnicki (equal silence), the punky acoustic guitar of Marco Sgarra (equal silence, rita leen) and the stripped-down funk drums of Thorsten vom Stein (simian hutch) create a fresh new sound called "bar rock", which brings rock back to its essentials. Starting out as a power trio, the missing piece in this new sound puzzle was found in2012 with the jazzy bass lines of Andreas Krug (galaxy flash). After playing numerous shows, they recorded their first EP in early 2013 and now set out
to play as many live shows as possible in order to share their mutual love for making music.