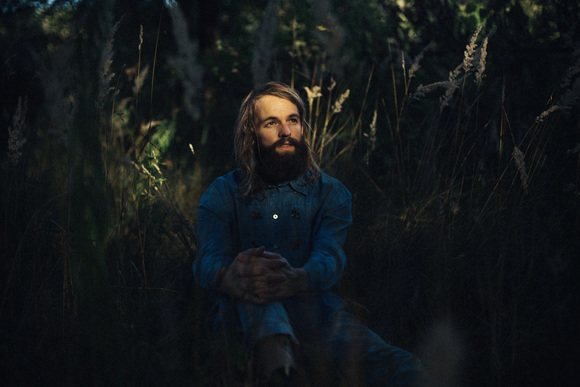 New beginnings also mean saying goodbye to an old life – to create a new chapter; you leave behind another.

In 2016, the Australian troubadour – a classically influenced singer and folk guitarist left everything behind in his coastal town of Port Lincoln for a life on the European road.

A competent pianist at the age of 8, a trumpet player at 10, in his teens Laufen discovered the acoustic guitar and began writing his own songs. After school, he began studying and working, however exhausting 60-hour weeks kept him from his goals, and the desire for self-realisation grew.

Recorded in Port Lincoln the cusp of his European transformation, Laufen’s 2017 EP Goodbye is a master class in beauty and restraint – a nostalgic ride that captures his thoughts and feelings of a time of departure.

Laufen’s music is the sort that makes us stop and breathe: sombre falsetto melodies married to shimmering guitar; elemental orchestrations that yearn and plunge – the coastal poetry of the wild Australian imaginary.

After a strong touring schedule with over 150 shows played in Europe, UK and Australia, Lucas recently travelled to New Zealand to record his debut album. Produced by Ben Edwards (Marlon Williams, Julia Jacklin, Aldous Harding) whilst settled in the small town of Lyttleton, the album unraveled the last two years or the Australian’s life between two sides of the world. The debut album “I Know Where Silence Lives” was release on December 6th 2019.