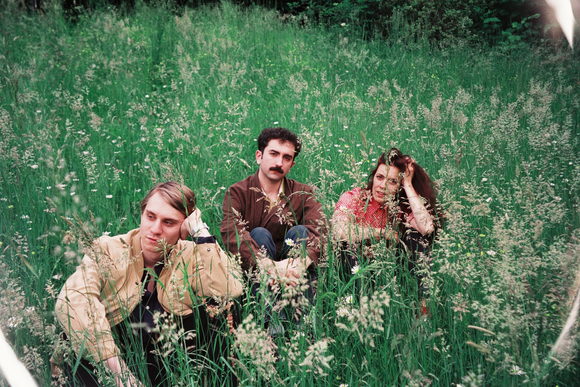 Lelee are champions of melodious indie songwriting with a knack for pop sensibility, smoothly delivering catchy choruses and light-hearted, sometimes nostalgic and every so often even more fierce melodies—ideal for long motorway escapades and never-ending summer wanderings.

Damjan’s guitar jangles joyously, Jelena delivers bass lines that make your toes itch, and Jan makes sure that everything is tight, resulting in a perfect soundtrack for lazy afternoons in the summer garden. Their music is a kind of imaginary Adriatic indie rock that is emotive, sincere and straightforward, tailored for alternative as well as mainstream audiences looking for fresh music.
- Moonlee Records

These vagabonds coming from stuffy garages from all over the Balkans take us back to the moment in history when punk was still pop. At first they seem dreamy, but make no mistake as they are restlessly determined to defeat society’s apathy. Like kids from the concrete playgrounds, they will bring people from former Yugoslavia together with their persistent but compassionate DIY lo-fi sounds.
- Radio Študent

You can definitely tell they’ve been making music for a while, and they’ve all been in other bands before. “FU2” reminds me a bit of Life Without Buildings or Quickspace. Even better is the chugging “Fasciniran (sum od mnogu lugje)”, I wish I knew what the lyrics were about.
- Record Turnover

While the introspective second track “Kopnež”, delves into a darker self-loathing and generalized, humming keyboard sweeping, melancholia, the opening “Izvan sebe” drew my attention with its resonant blazing and shredding guitar sound and the propulsive slinky palpitating bass, that, listening to the previous, moreover promising, songs, represents a quantum leap forward, while remaining lo-fi in its underlying genuineness, reminds me the skeletal scratchy chords grooviness of early Talking Heads’ “More Songs About Buildings And Food” period and the spiky lashing dissonance and intensity yet melodic danceability of Au Pairs.
- Whitelight / Whiteheat