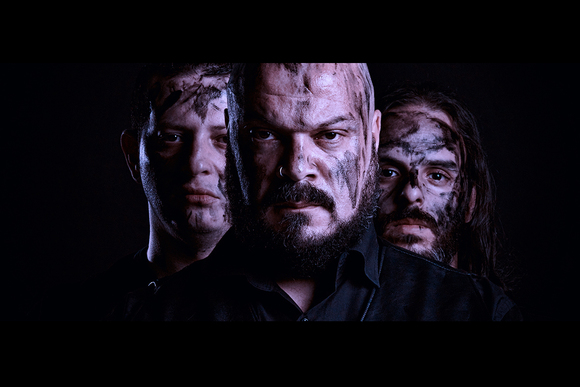 LELAHELL are one of Algerian newer extreme metal groups.

In 2010, Redouane Aouameur who is no stranger to the Algerian metal scene as he has already been in other bands including (Neanderthalia, Litham, Carnavage and Devast) founded it. In August 2012, “Goressimo Records” officially released the band’s debut EP. In summer 2013, LELAHELL embarked for their first European Tour.
The first full length album of LELAHELL 'Al Insane... The (Re) Birth Of Abderrahmane' was released in August 5th 2014 by Horror Pain Gore Death Productions From USA. In the end of the same year, LELAHELL toured Europe in support of that first album.
In January 1st 2016, Redouane Aouameur released “Highway to Lelahell", a 52 minutes documentary. This movie talks about his career, enriched for 23 years, which blends with the history of Metal in Algeria. In March 2016, the band embarked for a mini tour which took place in Austria and Switzerland.
In 2017 Lelahell kick off an European tour in two weeks. After the tour Lelahell entered the Fermata studio (Algiers) to record the guitars and vox for the second full length ‘Alif’. The album Alif features one of the most admired players in the world of technical death metal - Hannes Grossmann (ex Necrophagist, ex Obscura, Alkaloid, Blotted Science, Hate Eternal) on drums and was mixed and mastered at the famous Hertz Recording Studio (Bialystock, Poland) by Sławek and Wojtek Wieslawski (Behemoth, Vader, Decapitated, Hate).
The album contains 10 tracks of intensive death metal riffs with an Algerian folklore accent, combined with fast blast beats and technical rhythms.
In January 2018 Lelahell signed a record deal with the legendary Slovak label Metal Age Productions to release ‘Alif’ on June 15th 2018.