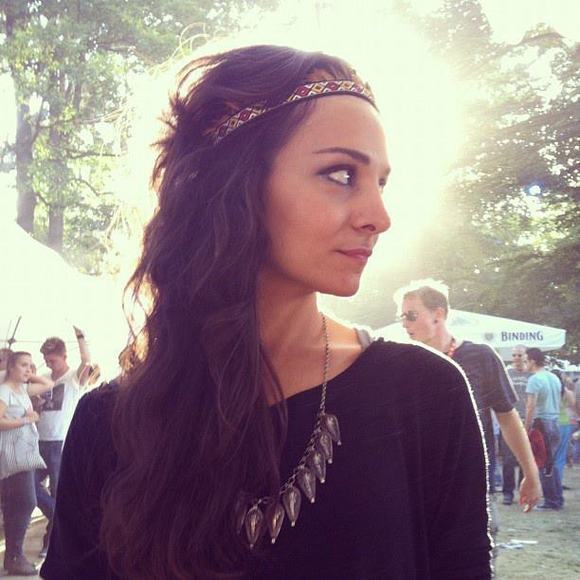 www.kettyvandoln.com https://soundcloud.com/ketty-van-doln Once upon a time in a far far far country of Colchi, called Georgia today, in its beautiful sunny capital Tbilisi was born little girl.

Her name was Ketevan.

She was born there a hundred years ago, while the Era of Depeche Mode. Being a main creative work of her parents, georgian mother and ukrainian father, in the age of 3 month she was moved back to the capital of another country where you might come in jail if you dance in church. The capital called Moscow.

At the very young age, she started doing 2 things at the same time: playing classical piano and dancing classical ballet. Both arts used to inspire her very much but at some moment she came to the point of confrontation with a system. The system and you.She won the confrontation. After being introduced to the music of Seattle Lost Boys (Nirvana, Pearl Jam and Alice in Chains) she couldn’t stay with pure classical music any longer but started developing her own visions and ideas.. She started writing music, by playing piano and singing on it.

Later the era changed, the zeroes came. After a number of Indie Bands and Identity fights between different music esthetics she moves to Berlin in 2005 and there everything becomes very clear. She sticks to electronics. Here is the beginning of Ketty Van Doln and her different projects.

After all that, she moved to Frankfurt, the city of Arthur Schopenhauer, and found Timotheus Kartmann, the upper-bass player who became a part of the band. Later Tiani Happi joined them as a drumer/percussionist. After the number of trials to categorise her music, she resulted by an old tool: not making the choice between the different music esthetics and simply sticking them together. The result is: Deep Trip Kraut Electronica.

Apart of that, being not able to stop the stream of space energy coming from nowhere, she registered every single piece of silence, called “music” and was practically forced to spend some time with sound engineering to record and mix everything she could catch. In this manner, another project was born, she as a Sound Artist Ketevan Scheipner, concentrates on Abstract Music, inspired by Musique concrete, John Cage and Schtockhausen. She works with lights and interaction combining it with the sound research.