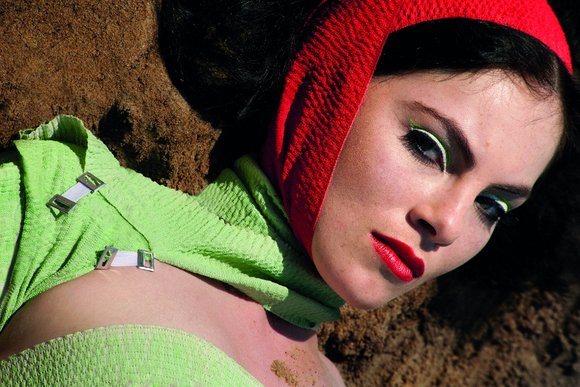 “A voice that summons, drives and opens all the doors.” (Haldern Pop) “Abstract yet catchy, full of verve and altogether in the vanguard of pop’s possibilities today.” (Music Tape) Undeniably talented Berlin‐based singer and songwriter Julia Marcell emerged in 2007 with her EP "Storm" and quickly gained attention of the international audience.

The support of her fans enabled her to crowdfund her debut fulllength
album "It Might Like You", which was recorded in 2009 and produced by
Moses Schneider. In 2011 she released an album entitled "June", that focused on
experimentation with rhythm and thus marked a significant change in Julia's
sound. The album gained her prestigious Polish awards Fryderyk 2012,
Paszport Polityki, and Grzegorz Ciechowski.

Julia and her band frequently tour around the world since 2007. The highlights
of her extensive gig‐list include South by Southwest Festival (SXSW) in Austin,
Haldern Pop Festival, Eurosonic Festival, Heineken Open’er in Gdynia, venues
like Dojima River Forum in Osaka, Lido in Berlin and others.