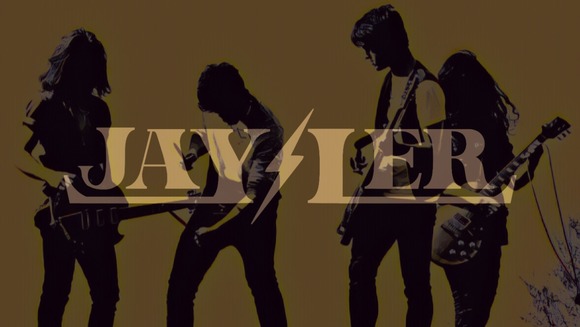 The boys are currently writing their first album, touring pubs and clubs playing classic rock covers and new originals, playing with all the experience and skills way beyond their years, they shouldn’t be missed.

Interest is coming in from all sides, and Jayler are now set to accelerate into bigger venues, festivals and pushing for a recording deal. Make sure to Subscribe to see new content from past events, and hopefully you can catch us live and loud soon.

Jayler was formed back in November 2021, through a chance meeting between James and Tyler, hence the band name, both 16 and 17 years of age respectively.

James was already performing solo gigs and Tyler needed a stage to sharpen his already razor sharp axe. After several open mics, a strong friendship began to form, and a certain type of chemistry began to bubble, the explosive kind!

The hunt was now on to find a bassist and a drummer with the same passions, extreme talent and rock ‘n’ roll energy to match the duo.

First came Oscar on bass, then Ed on drums, 15 and 17 years of age respectively, finalising an awesome range of musicianship many established bands couldn’t have ever hoped to set out with.

Each member has an eclectic range of influences and can play several instruments giving them an unbeatable understanding of the music they perform and each other’s role, not only a range of well-known rock covers, but the original catalogue is now being developed.

The first original single ‘Acid Rain’ is now available across popular music and media platforms, launched on Tamworth Radio and to be accompanied by a music video, currently being finalised in London to promote this single and the forthcoming EP.