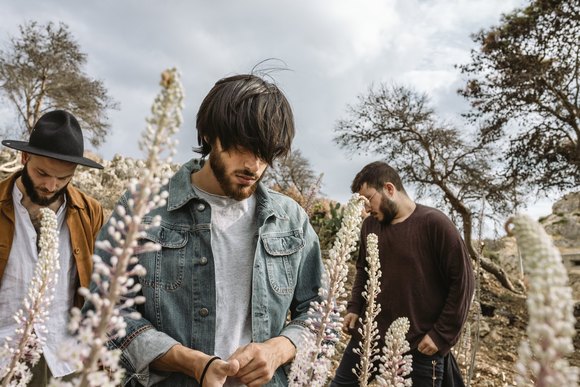 Inude is the name of an electronic trio born in the south of Italy in 2014.

The deep musical souls of Giacomo, Flavio and Francesco blend into a fine electronic made by warm and enveloping sounds, strings, spacey guitars and romanticism.

The band started the promotional tour of their first Ep “Love is in the Eyes of Animals” in 2016, performing in the most important festivals in Italy and sharing the stage with national and international artists.

After two years of touring they needed to unwind, so they decided to spend the autumn in a tiny house on the hills surrounded by woods, where their first LP “Clara Tesla” came alive, published via Oyez! in December 2019.

In February 2020, after only 10 gigs, Clara Tesla tour has been suspended due to pandemic but the beginning of the spring gave Inude new source of energies leading them to write new music.

A new album will be released in 2021 via Factory Flaws.