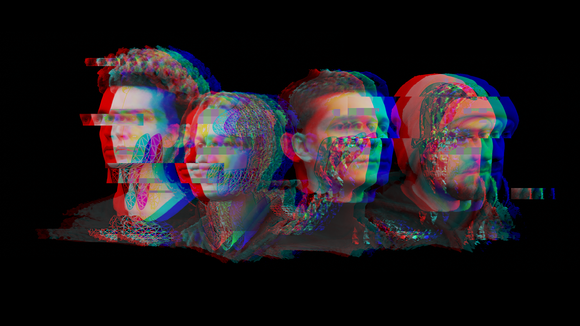 Immortal Onion have already built a strong position as one of the most interesting, new jazz projects from Poland.

After two well received albums (“Ocelot of Salvation” in 2017 and “XD [Experience Design]” in 2020) we’ve had the pleasure of announcing the new release called “Screens” recorded at the initiative of the saxophonist Michał Jan Ciesielski. - Premiere on April 22nd, 2022

The songs composed by Michał confirm, that jazz electronic fusion can be still fresh and thrilling. The album, where beside Michał, Tomir, Wojtek and Ziemowit, you will find many guest instrumentalists. Thus resulting in a step forward made by the still young musician from TriCity.

"After two very well-received albums the Immortal Onion band still surprises. This time not only with their compositions, but also the arrangements, vivid sound of the saxophone and the length of the album which ends sooner than you would want that. However, I am most excited, that they got out of their formula and invited Michał Jan on saxophone who perfectly complements the ideas of guys from the Immortal Onion. I’m looking forward to what will they bring in the future and in the meantime I highly recommend “Screens” by Michał Jan & Immortal Onion." ~ Hania Rani

“The album called “Screens” is the result of joined forces of Michał Jan Ciesielski and Immortal Onion. Michał - the instrumentalist, composer and producer is backed up by the youngest generation of TriCity improvised music scene. The artistic results of their collaboration appears to be a mixture of nu-jazz, post-rock and modern electronic music but they also venture out exploring modern minimalism or even pop music. The indisputable strength of their music is intelligent, well-balanced combination of modern, post jazz trends: simple yet intriguing compositions, tasteful “lo-fi” production and last but not least pulsating energy consistently blowing up the disturbing, repetitive structures.” ~ Tymon Tymański

“I don’t know how much the musicians from Immortal Onion were inspired by brilliant, recent releases of BadBadNotGood, but I can hear the similar level of awareness and sonic anxiety in their music. For sure I will discover more and more every time I’ll come back to this album. While listening to their music, you can immediately feel the bond they have and the team work - everyone on the album has his own moment, presenting their amazing skills but in the end it all comes together as one, coherent creation” ~ Andrzej Cała