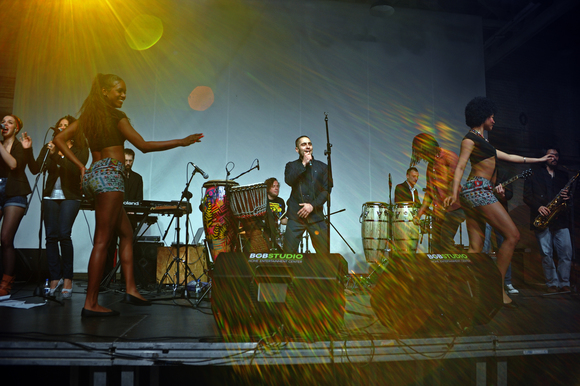 Bringing in life basic ideas and deep fillings that hold this planet together. Passionate harmonies will drive you crazy with powerful percussive grooves of the world.

Igor Vince (Belgrade, 1983) has studied music in Senegal, Benin, Mali, Nigeria, Ethiopia, Cuba, France, Germany and Serbia. As a talented percussionist and multi-instrumentalist he played and toured with some of the greatest stars of world music today such as Femi Kuti, Keziah Jones, Cheick Tidiane Seck, Fatoumata Diawara, Dean Bowman and Cheikh Lo. In 2011 he started working on his solo project with a crew of musicians from all over the planet. His debut album Let’s Do It featuring legendary Femi Kuti, Dean Bowman and Tommy T was published worldwide in May 2015.