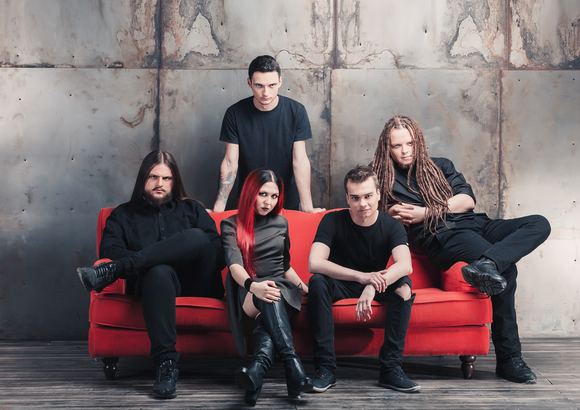 IGNEA was started in Kiev, Ukraine back in 2011 under name Parallax.

Intentionally, it was the first Ukrainian band to play oriental metal. The band, however, didn't limit itself to strict boundaries of oriental metal, and included elements from symphonic, industrial, modern, progressive and other modern subgenres of metal. In 2013, the band entered Morton Studio, well-known rock and metal studio in Ukraine, to record its debut EP, titled Sputnik.

In 2013, the band prepared a follow-up single titled Petrichor, featuring bouzoukitara playing and a guitar solo from Yossi Sassi, at that moment the guitarist of oriental metal fathers band, Orphaned Land.

In 2015, the band finally changed its name to IGNEA and released a new work called Alga, named after a war call of Crimean Tatar people. This song is contributed to Crimeans who are defending their land.

Alga is the first ever original song from a Ukrainian band, recorded with a full symphonic orchestra. The video was shot unintentionally and on low budget as the band wanted to use orchestra sessions footage in something bigger, than video diary. Over the year, the video gathered over million views on YouTube.

February 16th, IGNEA released its first full-length album "The Sign of Faith". The album is has a considerably heavier sound, with lots of growls and authentic middle-eastern melodies, common for oriental metal genre. However, the music keeps melodic fundamentals and OST feeling. IGNEA also released a video for the first song of the album called "Şeytanu Akbar". Despite provocative title of the song, IGNEA carries the idea of peace: "What we want to say is that there is no reasonable cause to kill other people, be it regime, faith or moral principles. We mainly speak about islamic terrorism in this song, as one of the social plagues of 21st century, taking lots of innocent lives. However, this applies to every human on Earth, regardless of their religion."