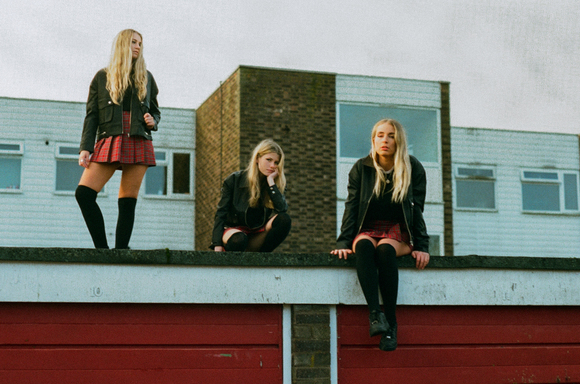 Hey Charlie is the ‘new band on the block’.

An all-female trio from London, challenging the stereotype of what it means to be in a rock band in 2018. After making a big splash in May with their debut single“Hey”, making it onto Spotify’s UK Viral Top 50 and racking up over 90,000 views on their co-directed video, Hey Charlie were just getting started. After support from BBC Radio 1 and Kerrang! as well as playing alongside the likes of Green Day & Foster the People, they landed a European tour with All Time Low, where they fast gained a reputation as an unpredictable cyclonic live force.