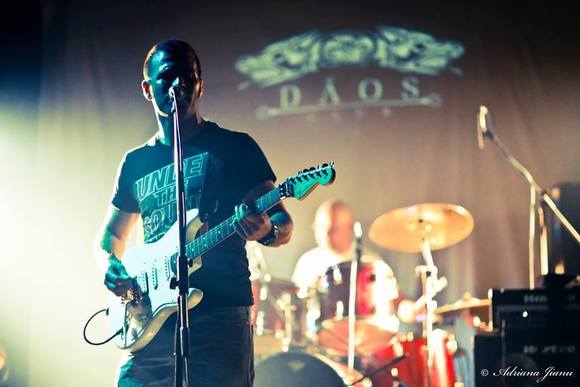 The band Flare was born in 2002 under the initial name of Effect.

At the beginning, this band was composed of: Ioan Popovici (rhythm guitar&lead and vocal), Alin Costache (percussion), and Dan Oros (bass guitar). Until 2012, they mainly played cover songs.

The experience gained through live concerts, both in Timisoara, and in other important cities in the country determined them to write their own songs.

Thus, with another identity, the band changed its name to Flare, consisting of: Ioan Popovici – vocal, guitar, Cristian Mereuță – keyboard, Alin Costache – drums, vocal, Daniel Simon – bass guitar. Although it has a long past, the band has a short history, and the release of the first album places them as newcomers. After three years of work and recordings, Flare has presented their first album – ”By Default” at a musical student festival, on 3rd July 2014.

The musical genre the band adopts is alternative soft rock. - a genre as conceptual as the son musical pieces on their first album.