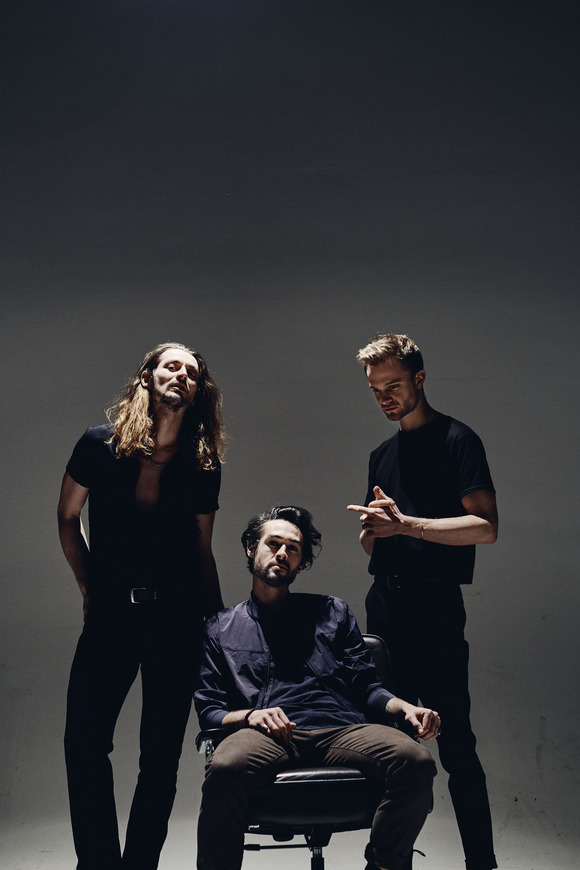 Not a project. Not an act. Not a collaboration.
That is what makes their live-shows a visceral sensation and their ever-evolving sound as irresistible as it is unpretentious.
For the last 6 month, they’ve been working on their new opus. And while their musical journeys have already taken them to places like Sweden and UK, Austin and L.A., then signing with French Label Riptide Records, they insisted on recording the new songs live in their rehearsal space at home. They had a vision for Magnus’ drum sound, and Jonas' and Bo's voices resonate together now, creating a perfect synergy.
Only after that foundation was laid down, they went to the vibrant surroundings of Riverside Studios in Berlin to give their new work some polish and additional production.
Like with any real band, it’s hard to label their sound, as it is more than the simple equation of adding up the ingredients. But think a modern-day The Police that has taken some inspiration from the likes of Tame Impala, Arctic Monkeys and M83.