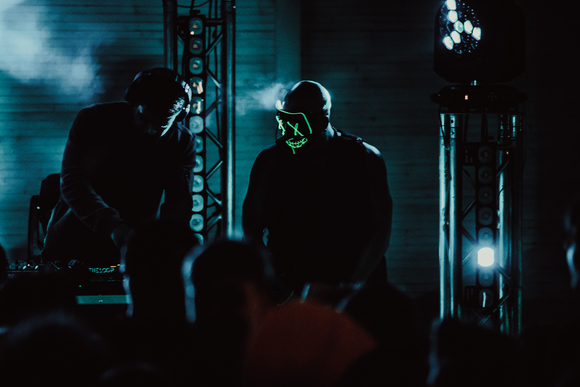 Crazy James is a Rapper, singer-songwriter from Luton Town UK, C.J has headlined shows at Luna Lounge as well as the famous Notting Hill Arts Club.

This lead to future shows at the O2 Academy and the prestigious Bear Club. Crazy James has performed all over the UK and is now branching out in Europe, the highlight being the headline act for a popular festival in Poland. With a diverse style and signature sound, it would be difficult to place him in one specific genre. A mixture of political Rap with hints of Grime and a touch of Trap makes him an all-around Hip-Hop artist. In his music, C.J speaks openly about his mental health, dealing with racism, his past struggles, and day to day life in general. Which makes his music relate with everyone as his main focus is to remind people that they are not alone.

DJ Prophecy is slowly becoming one of the most sought after DJ's in the UK. Mixing R&B, Hip-Hop, Old School, New school, Commercial and everything in-between. He is also one of Big Narstie's DJ's,working closely with Dice Recordings and their events. This included The Big Narstie Big Weekender in Alicante and also appearing on The Big Narstie Show for the whole of the second and third season and now the 4th season as well as appering on BBC 1Xtra for the Big Narstie Night Out.