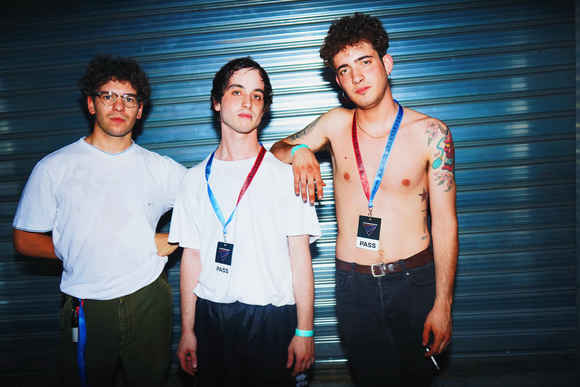 Cactus? is a three-piece band from the industrial plains of Northern Italy.

In 2016 they release their debut EP "Sorry for My Accent" on their own label From da Cove, taking inspiration from the British Indie/Lo-Fi scene. The record is well-received by the critics and it is led by the single "I Don't Think It's Good for You to Stop Smoking" which is eventually added to the Spotify playlist "Best of Indie" by Domino Records (Arctic Monkeys, Franz Ferdinand).
While their popularity keeps rising, they are contacted by Denver indie rapper Bodhi to co-produce "Amazing, Pt.1" an instant hit both on Youtube and Spotify: the video for the song gets viral helping the Spotify streams reaching 500k.
The newest LP "No People Party" has been released this past February under the label Costello's Records. The record sees the band moving to a more hand-crafted sound combining influences from the dance-punk phenomenon of mid-00s with the current Lo-fi Bedroom movement, adding to the mix 80s synths and samples.