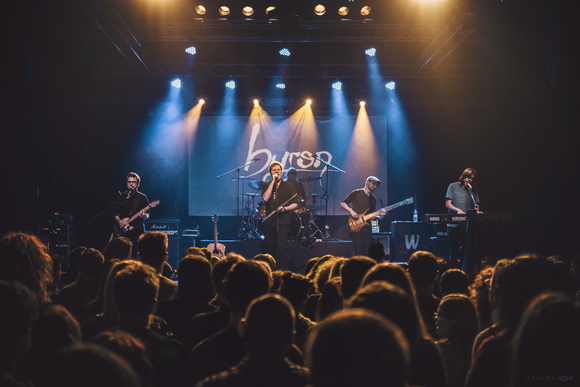 byron are a cerebral and methodical bunch, but don't be fooled - rocking the house is their specialty.

Sometimes they might strike you as pensive and meditative, other times you'll be surprised by their playful demeanor and appetite for rocking out loud. Either way, expect a roller-coaster ride of feelings, seasoned with skillful guitar solos, soaring keyboard and flute melodies and ravaging vocal performances.

When byron played their first show in 2006, lead singer and composer Dan Byron was already an established star on the Romanian progressive/acoustic rock scene, after years of playing in cult bands Kumm and Urma. The other members were no strangers to the scene either – most notably, keyboardist Sergiu '6fingers' Mitrofan had already achieved European fame with his metal band Magica. Current bass player Laszlo Demeter's background into instrumental rock/metal, together with Dan Georgescu's multi-instrumentalist and producer skills and Ovidiu Cristian's history as a jazz drummer, come to add to the melting pot of influences that the band draws from.