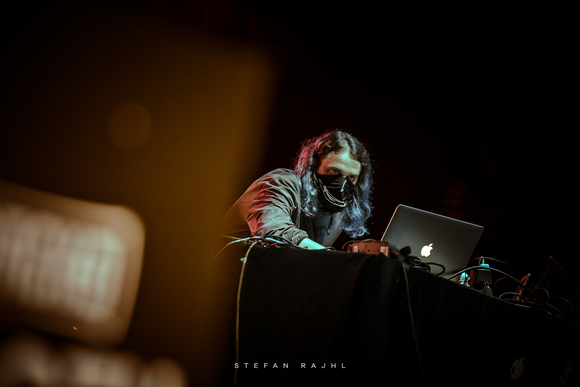 Blackstate is a DIY audio-visual experiment, and a completely open art concept, created by the experienced songwriter-musician and visual artist Filip Tasevski - Fitz.

Please see my live experience and let me know if you'd be interested:
https://www.youtube.com/watch?v=aLH936UbuSI

If you are - great! Please read more below and thanx a lot for your attention!

Here's also a review of my debut EP:
https://www.anrfactory.com/blacktate-has-made-their-debut-with-the-transfixing-alt-indie-pop-ep-while-the-worlds-on-fire

I'm coming straight from the DIY hardcore/punk scene and after almost 20 years of experience in making and releasing music, actively touring across Europe (over 250 shows) and being part of various projects, local music events etc. I started a new experimental music adventure and debuted under the name BLACKSTATE in 2019.

In early 2020, I released my debut EP and it was supposed to be promoted with as a live audio-visual show across Europe in 2020 but it got canceled because of the corona crisis. So I only did a few local shows.

Blackstate is a fresh completely DIY audio-visual experiment, and an open art concept. The sound can be currently characterized as dark moody alt-pop / experimental electronica / synth pop / new wave pop, and the live experience is a mix of audio sounds with live performance on top of with visual representation.

🤡 Blackstate is about Friday. Two o’clock. About almost surviving another day. Another week. About the weekend and about getting f*cked. About how social media is great. About eating a burger. About the “good life”. About cat videos. About being sane. About the fact that anxiety is perfectly normal. About the fact that insecurity is (not) a fear of the future self. About more cat videos and not needing the truth. About being a wolf. About an angry emoji. Love emoji. About how this country sucks, but you’re really doing okay. You’re happy. You’re sane. One day less alive. And then it’s also all about the likes. The follows. The leaders. The hype. The thrill. The dopamine awards. No wrong values. About being too ambitious and the failure in the rat race. It’s about being a hostage of this fast-paced world. It’s about the heroes that will never be heard. It’s about working against your true self. When the body tells you that something’s wrong but you still need to do it, because... well, that’s just the way everyone does it. Blackstate is all about all our wrong values as a society.