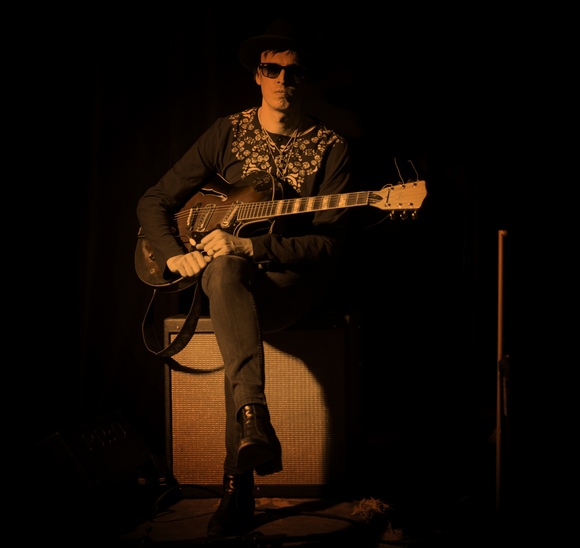 Mining the rich territories of The Velvet Underground and the 90’s Madchester movement, and combining with the sound of classic 4AD, the Danish / Swedish troupe Black Light White Light shine a light into dark corners often left alone in contemporary psychedelic indie-rock.

Based in Malmo, Sweden the musical project is centred on the Danish singer, guitarist and songwriter Martin Ejlertsen.

On 23. March 2018 the band released its third album 'Horizons' on Forward Backwards Recordings/Custom Made Music (US).

The creation of 'Horizons' began in early 2015, with Ejlertsen taking stock of their catalogue to date, and looking for a new vantage point from which to approach his music. With a desire to make a dark pop record with razor-sharp rock songs, new material slowly began to unfold in a basement studio, deep underground in Copenhagen, where the band twisted their ideas and sketches in co-operation with a new drummer, Viktor Höber, and producer/ engineer and fellow musician Christian Ki.

Citing film as a huge influence on his music – in particular the works of David Lynch and Danish film maker Nicolas Winding Refn – Ejlertsen began to experiment in coupling Lynch-ian concepts of duality, visions, and dream states, with the bloody self-destruction and gallows humour that pervades Refn’s work.

Third single from the aqlbum Calfifornis Love" is out on April 20. On an album that introduces undulating keyboards as a new and fundamental element of their sound, with harmonies and chiming delay guitars under attack with fuzz, “California Love” takes a slightly different direction and see the band in a quieter, more introspective, mood.

Black Light White Light band have performed at NXNE Music Festival in Toronto and toured US, UK, Italy and around Scandinavia several times, France, Switzerland and The Netherlands. In October 2018 the band will embark on their first German tour.

The band has shared stages with acts like Crocodiles (US), The Telescopes (UK) and the mighty The Soundtrack Of Our Lives (S).

“Indulgent recipe of a moody dark wash over a pop core. Not an album, an experience.” – Louder Than War

“Taking their cue as much from classic rock and roll of the 1960’s as the classic Creation or 4AD sound, Black Light White Light have an inherent likeability about them.” - Drowned In Sound

"The Beatles in their psychedelic phase, before slowly contorting into a symphony of distorted guitar and vocals" - XYZ Magazine Brighton

"The hillbilly rock'n'roll of Black Rebel Motorcycle Club, and circa-"Standing On The Shoulder Of Giants"-era Oasis in a nice fusionist soundscape" - Rockfreaks.net